9-Euro-Ticket in Germany: What can we see in mobility data ahead of its launch?

Are you wondering how exactly the Russian invasion influenced mobility in Berlin?

As a response to rising prices for consumer goods and gasoline, the German government introduced a 9-Euro-Ticket for public transport. Anyone can easily purchase the ticket for each month of summer 2022, and it will cost only 9 Euros per month. Moreover, the 9-Euro-Ticket is valid throughout the whole of Germany for any type of public transport except Intercity and Intercity Express trains.

While we are collecting a valid sample of data on how Berlin residents are currently responding to the 9-Euro-Ticket, MOTIONTAG had a closer look at the changes that already happened since February 24th.

As we all know, energy and more specifically oil prices have increased dramatically since the invasion of Ukraine. The purpose of this series of articles is to better understand what effects this has on mobility behaviors, as well as the effects of governmental actions, like the 9-Euro-Ticket in Germany, have on them.

Tracing back to the beginning of March, we can observe a significant change in car, bike, and public transport used during the work days (see below). At the same time, weather conditions in Berlin remained unchanged throughout the whole month with only 2 degrees difference between the first and second half of March. However, we assume that the rapid growth in the gasoline prices, which occurred in the middle of the month, could have been the major influence on the shift. 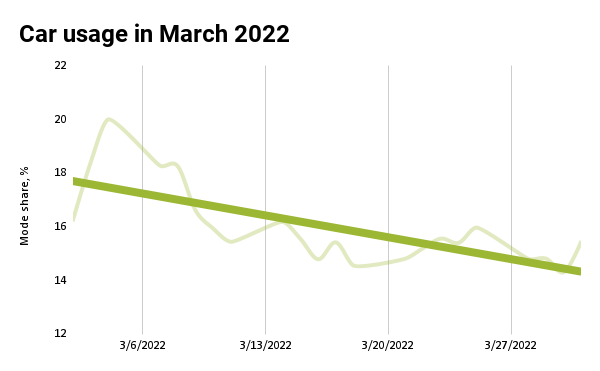 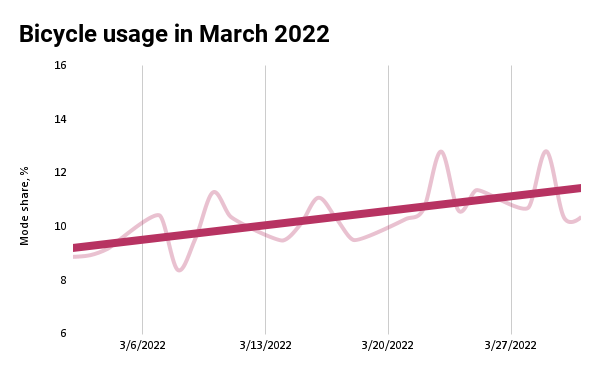 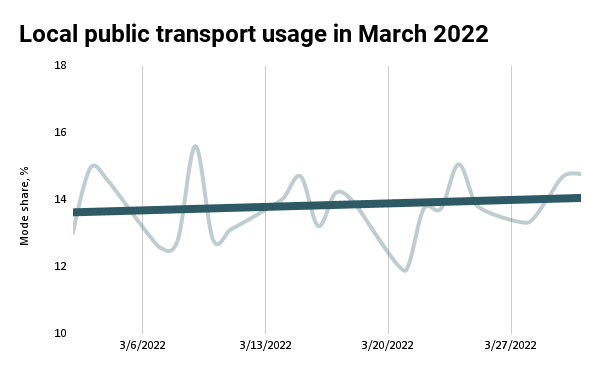 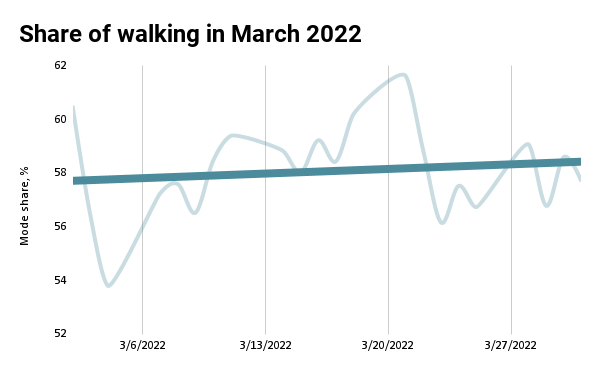 The largest variation occurred in the percentage of bicycle and car trips. While the proportion of using public transportation for commuting and the share of walking remained almost unchanged. Looking further into the data, we expected the commuting patterns to further change due to improved weather conditions in the middle of April. During this time, the temperature raised from an average of 12.3 degrees during working days to 16.1, making the weather even more suitable for biking. 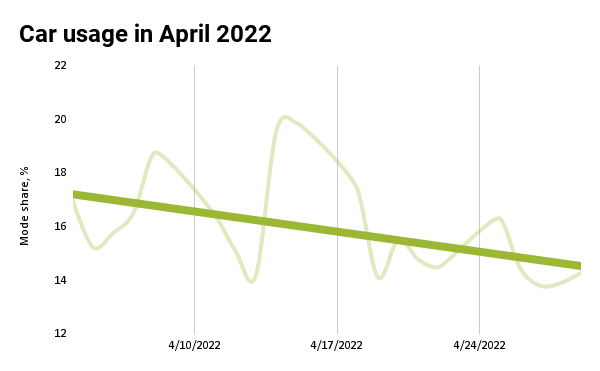 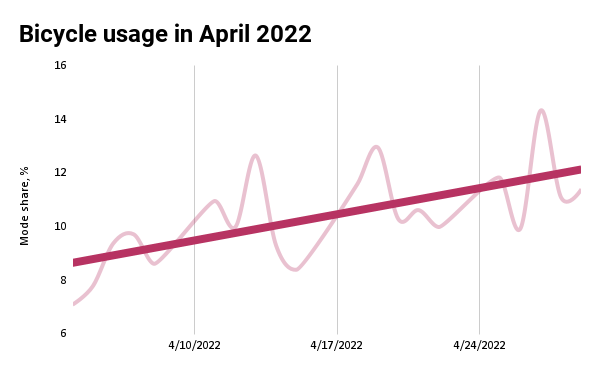 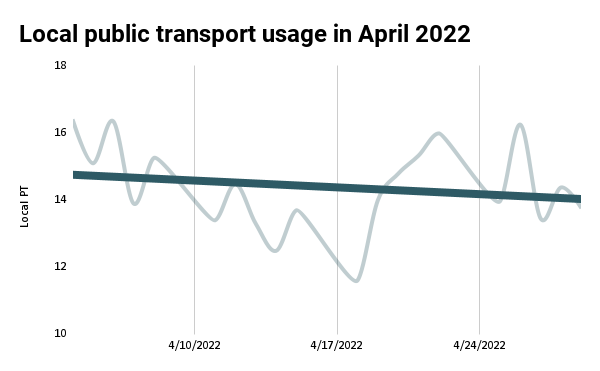 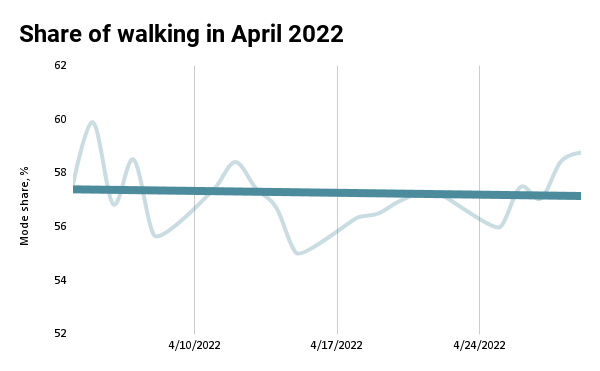 As predicted, both car and bike usage followed their initial development. Interestingly, while the share of car rides decreased by 2 percentage points, the amount of bike rides increased by the same value.

Does this mean that the prices for public transportation are still comparatively high?

Will the 9-Euro-Ticket drive people to reduce the usage of their private cars?

Subscribe to our newsletter below to see what our data will show about the first two weeks of the 9-Euro-Ticket adoption.

Ready to start your next project with us? Let’s make mobility intelligent together.

Ready to start your next project with us? Let’s make mobility intelligent together.

About us
Team
Careers